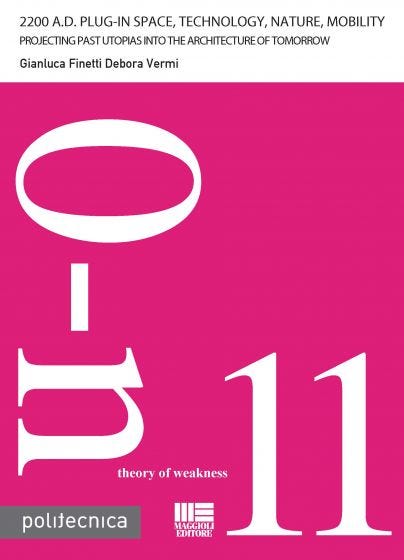 The idea of utopia not as abstract model but as an absolute form in reality and against the reality. The usage of the utopian project to address the future as it used to happened in the XIX century when utopia was active politically and not only metaphorically. Formalized and decisive thought which, not finding immediate application in contemporaneity, is often re-actualized. In this way it does not die along with the society which generated it but it is transformed into heritage finding application in successive times.
Utopia, objectively based on world’s dynamism. Exactly as E. Bloch’s defined the bond between hope and utopia: definitions no more heterodirect towards the future but rather concentrated in the potentiality of the present, as practice projected in the history and able to modify it towards an ethically made humanity. E. Bloch shows how man’s anticipating conscience, its capacity to anticipate projects with the power to push forward the historical development, occurs in both small historical forms such as dreams and aspirations that characterize daily life, the fantasy world of fairy tales, the social utopias and in the great religious and philosophical conceptions.
In all these forms of man's anticipatory consciousness, the fundamental element is hope, which is not something purely subjective, but a real aspect of human being’s concrete development. Being is not in fact ontologically definable in its immediate static and crystallization but the real, vital being is not-being-yet. Even when M. Foucault writes about heterotopia, he refers to a game of mirrors, which reflects between the real and a possible imaginary.

Gianluca Finetti
Teaching assistant and lecturer at Politecnico di Milano, he graduated in July 2015 in Sustainable Architecture of Multi-scale Project with a thesis titled “2200 A.D. Plug-in Space: technology, nature, mobility. Projecting past utopias into the architecture of tomorrow”.
He participated in the “Open City International Summer School Workshop 2013” winning the first price. His research is focused on architectural composition as well as portable architecture enhancing the technological aspect of the future of living.

Debora Vermi
Teaching assistant and lecturer at Politecnico di Milano, she graduated in July 2015 in Sustainable Architecture of Multi-scale Project, with the thesis “2200 A.D. Plug-in Space, technology, nature, mobility. Projecting past utopias into the architecture of tomorrow".
She always focuses her attention on research which precedes the design phase.
In her bachelor degree in Environmental Architecture she deeply studied new ways to relate with the existent. The maquette of her bachelor thesis has been exhibited at the 13th Architecture Biennale in Venice “Common Ground”, directed by David Chipperfield.

Projecting Past Utopias into the Architecture of Tomorrow