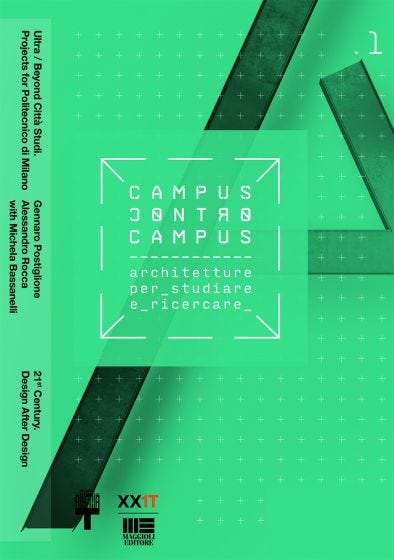 The theme of the university campus is central to the debate on the future of Milan. It represents a challenge for the new order of the city in its metropolitan dimension, an opportunity for architectural and urban regeneration that can give rise to new, updated, important systems of communal spaces.

The exhibition ULTRA / BEYOND CITTÀ STUDI, the first of three shows in the Campus & Controcampus cycle, presents projects and research that offer different perspectives on the future of the Milan campus of the Politecnico: from the Sustainable Campus - in collaboration with the Università degli Studi di Milano – to the recent proposal of Renzo Piano, all the way to the new project for a Research and Innovation center on the campus of Jiaotong University in China; from the results of the MIAW 2016 International Workshop to the projects of the Atmospheres 2016 competition for students.
The exhibition thus becomes a large urban laboratory active in the city and for the city, a hotbed of new ideas, actions and strategies.