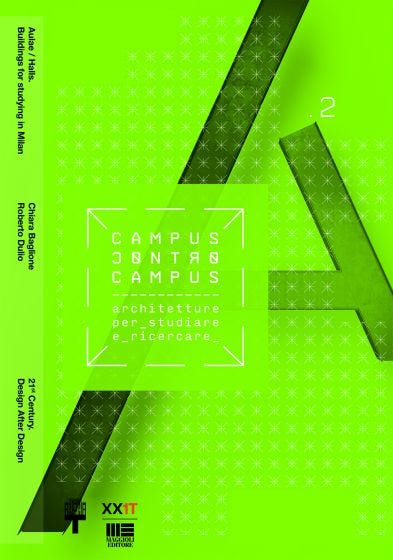 Architetture per studiare e ricercare
4 April — 12 September 2016
The theme of the university campus is central to the debate on the future of Milan. It represents a challenge for the new order of the city in its metropolitan dimension, an opportunity for architectural and urban regeneration that can give rise to new, updated, important systems of communal spaces.

The exhibition AULAE / HALLS. Buildings for studying in Milan, the second of three shows in the cycle Campus & Controcampus, approaches the theme of the relationship between architecture, the city and the institutions of higher education in Milan through a selection of emblematic cases over a long time span: from the restoration of the cloisters of Sant’Ambrogio by Giovanni Muzio to host the Università Cattolica, to the transformation of the Ca’ Granda into the headquarters of the Università Statale; from the contribution of Gio Ponti to the expansion of the Politecnico, to the establishment of Università Bicocca in northern Milan and the projects by Giuseppe Pagano, Grafton Architects and SANAA for Università Bocconi.