DIVERCITY SPATIAL SUPPORT FOR THE FUTURE OF SHARING 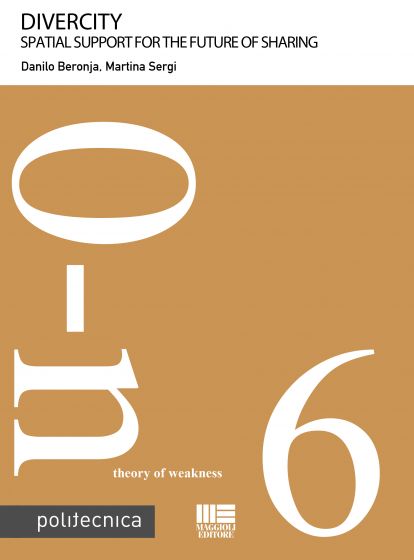 Social conditions of contemporary metropolises are rapidly deteriorating. Moreover, the physical framework with which we interact often reduces the possibility of spontaneous encounters. The transition to a sustainable future will require society to enact profound changes in many spheres, such as economy, politics, education... Urbanism and architecture can only contribute.
The project aims to investigate this contribution. In order to fully comprehend why the aforementioned phenomenon is occur- ring, how they can be overcome and where they are manifested, a collage of relevant opinions has been created. This form of theoretical background encourages further and repeated interpretations. Considering that the topic of inquire is in itself ephemeral, what should be done, should be as such. As a possible solution, the project proposes a creation of a virtual and a physical platform, who’s use would result in reinforced social relations.

Danilo Beronja Got his undergraduate degree at University of Belgrade, Faculty of Architecture and his graduate degree at Politecnico di Milano. Worked as a teaching assistant at University of Belgrade. Took part in many international competitions and exhibitions, and won several prizes. His research focuses on social consequences of spatial manipulations.

Martina Sergi Martina Sergi graduated in Architecture at Politecnico di Milano with the thesis titled Divercity. She got her bachelor degree at IUAV University in Venice and she lived six months in Paris where she attended the Ecole Nationale Supérieure d'Architecture de Paris-Belleville. She exhibited her works at Triennale di Milano in 2015 and at Biennale di Venezia in 2012.

Elisa C. Cattaneo Graham Foundation Grant Recipient in 2014, is adjunct professor in landscape design at the Politecnico di Milano. She researches on experimental ecological design and their theoretical implications. After receiving her degree in architecture, she attended a master program in strategic planning for architectural, urban, and environmental resources; in 2009, she received her PhD in architectural and urban design. She continued to develop her research interests as a visiting scholar at MIT (2010) and at Harvard University’s Graduate School of Design (2011-12). She is founder and director of the independent research agency WeakCircus, through which she studies, researches, and develops projects on contemporary urbanism related to the theory of weakness.