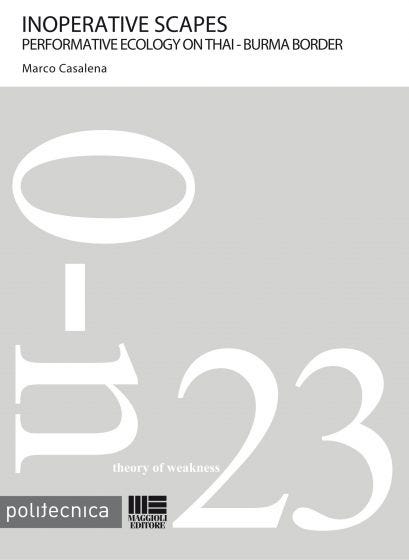 Ethnic minorities in Burma struggled against the State in order to obtain their rights on the territory, for decades. People were forced to flee from their villages to Thailand, across the border. On these territories they have been seen not as be refugees but rather as illegal immigrants, condition that led to the establishment of "temporary camps". This condition became permanent until today, where refugee camps are the result of a juxtaposition of dwellings that represent a repetitive self-aggregating and organized matrix without specific attention to the territorial configuration, with a non-vertical stratification which underlines a process of spontaneity and adaptation to a context imposed by geo-political specifications. The aim of this research is to imagine an “inoperative scape” capable of activating or deactivating its constituent elements according to new ways of use and with different finalities. This new design platform represents a flexible and non-planned aggregation of a process of interaction with the ground, seen as a “level zero” through which inoperative and techno natural devices interface within the ecological room. This is a radical figure of the Landscape Ecology that, through n-configurations, creates new scenarios of weak urbanization based on the performativity of the various ecological elements in a new infrastructural system which goes beyond camp boundaries.

Marco Casalena Fondazione Renzo Piano Recipient in 2017, he graduated with honors in Architecture in July 2018 with a thesis titled “Inoperative Scapes Performative ecology on Thai-Burma Border” In 2017 he worked for RPBW in Paris (six months Internship program) following his research on sustainable architecture. His interests are about refugee camps with an ecological approach based on a theoretical strategy in the Landscape Ecology field, rethinking the territory as a new platform through which weak architecture elements and landscape coexist.

Carmen Andriani Architect, full professor in Architectural and Urban Design at the Scuola Politecnica di Genova, she deals with architectural and urban planning both in consolidated and territorial contexts with particular reference to infrastructural and metropolitan landscape issues. After her degree in architecture with L .Quaroni, she has been full professor and director at the Department of Architecture in Pescara; guest critic at numerous Canadian and North American faculties ,in 2005 at Tongji University in Shanghai, (Expo 2010Shanghai - Landscape Renewal), in 2007 of the XII International Design Seminar in Al Ain (United Arab Emirates). In 2006 she coordinated the design team of the Faculty of Architecture of Pescara at the Venice Biennale (International workshop “Learning from the city”).

Elisa C. Cattaneo Foundation Grant Recipient in 2014, is adjunct professor in landscape design at the Politecnico di Milano. She researches on experimental ecological design and their theoretical implications. After receiving her degree in architecture, she attended a master program in strategic planning for architectural, urban, and environmental resources; in 2009, she Graham received her PhD in architectural and urban design. She continued to develop her research interests as a visiting scholar at MIT (2010) and at Harvard University’s Graduate School of Design (2011-12). She is founder and director of the independent research agency Weak Circus, through which she studies, researches, and develops projects on contemporary urbanism related to the theory of weakness.