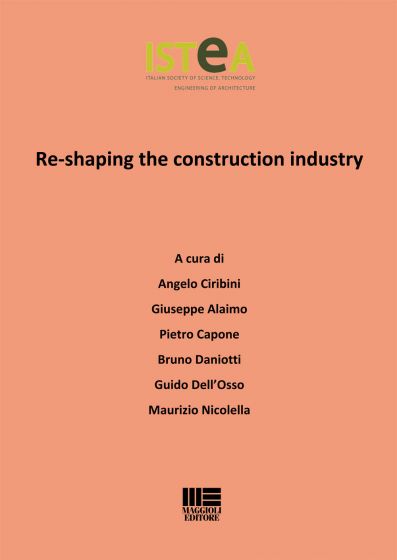 Re-shaping the Construction Industry: an International Consensus seems to be convergent in order to trigger some impressive game changers.
Namely, the Digitization appears as the most disruptive agent, together with the Circularity.
It sounds a little bit paradoxical to imagine a radical innovation as far as a reluctant industry is concerned.
A transformational narrative makes the transformation so easy to be achieved: nevertheless, such a storytelling encounters a fierce and silent opposition.
This is the reason why the Digital Transition plays a crucial role, more relevant than the final destination, indeed.
The XXI Century's early decades have been featured by Building Information Modelling (BIM) which arose and surged as the gate key entrance to the digital brave new world.
It does mean that, once entered within the digital environment, any stakeholder needs to behave and act according to a computational way.
It is clear that the stakeholders must be persuaded to enter the digital eco system by means of promising them to become more effective and finally to recover the lost productivity rates.
To be viable, this expectaction has to be nurtured by arguing that the traditional players won't be menaced, in spite of the uberised ambiance of the disintermediation.
Nonetheless, could they really avoid any fear or concern about the digitization's transformational power?
Digitization has been correctly assessed as unavoidable, but the industry's analogical attitude remains quite deeply rooted.
ISTeA, as a scientifical society, retains an institutional duty to foster the ultimate questions dealing with the digitization of the strategic supplì chain.
Apart from having been the societal chairman over the last six years, I have been involved into the international standardization works (at ISO and CEN level), the European institutional body (EU Task Group), some national initiatives (in Italy, France, Switzerland, and elsewhere), an academic joint research programme (between Italy and Germany), and I got a first hand understanding of the UK BIM Saga.
The European digital journey is just starting, in spite of its origins dating back to the UK BIM Mandate issued in 2011 or to the US BIM Implementation: nevertheless, it is really astonishing to acknowledge how long it did progress since then.
Likewise, the stated targets look as quite far to be reached, because of the intimate nature of the industry.
I was learned to adopt a humble mood, my feeling became more and more cautious, because the items are quite sensitive and the stakes extremely valuable.
The challenge lies between a couple of different poles: the whole digitization of the lowest tiered practictioners or trade contractors and the unforeseeable dimensions stemming and sourcing from Smart Cities and 4.0 Paradigms.
How long the former intent will last? How deep the latter ambition will be?
It is unthinkable to seek at answering such final questions: however, they undoubtedly conceal or disclose (?) the promise or menace of changing, re-inveinting, the usual identities.
Artificial intelligence and machine learning are stimulating notions which entail new and unprecedented soft skills, although they recall a lot of expertises' replacement and erasement.
A critical thought obviously avoids to accept any (re)evolutionary vision and prediction as forced and unescapable: meanwhile, the change drivers are so powerful and threathening. They cannot be neglected nor ignored.
How our vision is differing from the actual on going outcomes? How our transformational efforts will be fanciful and whimsical, anything but a wishful thinking?
ISTeA is currently accomplishing the six-year term I chaired: we were accepting an analogical legacy.
At this time, our seminal scholars did retire and provided us with some interesting outcomes, which left forcefully unsolved the untrivial assumptions of the «industrial» era, to be faced again over our own term of office.
I am not able to evaluate how successfully we performed: anyway, we tried to cope with the unknown phenomena searching at realizing any pros and cons.
Eventually, the pioneering stages of the digital evolution are ending: our achievements might be judged as unstable.
However, nowadays, ISTeA has the tremendous chance to freeze the ingrained issues pertaining to the Circular and Digital Economy and Society.
Provided that, as the incumbent chairman, I might succeed in conveying to the successors the correct questions, as a trend-setter, the Scientifical Society's perspectives deal with problem-solving.
Unfortunately, the strong temptation of explaining the radical and stochastic innovations in terms of incremental and mechanistic agents might seriously compromise any attempt, because a consulatory and selfish attitude can be adopted.
My suggestions are focused upon the digital transition: it would be a hard task to renounce to a two-speeded route: the more the most advanced early adopters will progress, the more the laggards will suffer a gap.
An intertwined approach, far away from chasms, has to be envisaged.