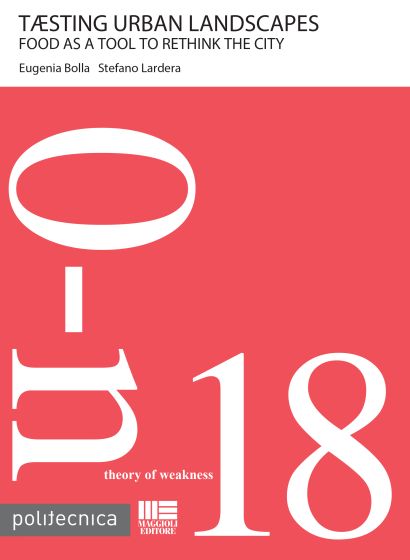 The massive increase of human population has reached astonishing numbers and its pace of growth seems to have no intention to slow down, continuing to enlarge the billionaire list. The coming decades will bring further profound changes to the size and spatial distribution of the global population, contributing to the concentration of masses in urban contexts. This enormous process of urbanisation is accused of being the largest anthropogenic factor influencing climate change: city and environment then have to be seen as two sides of the same coin. Needless to say, the effects of unreasonable human consumption patterns are not only compromising the future availability of natural resources, but also putting at risk mankind’s capacity to grow food. Far from giving the right answer to such a concerning issue, cities grew largely and inefficiently.  However, the leftovers of this “out of control growth” have paradoxically provided them with all the necessary elements to start rethinking the urban landscape deliberately with food needs in mind. The work presented in this book outlines the principles of Urban Agripuncture, a strategy that aims to intervene punctually inside metropolitan contexts in order to reactivate specific areas, using agriculture as the main rehabilitation device. The paradigm of recycling sets the guidelines to approach the recovery of the urban fabric through the revitalisation of abandoned and underused spaces, not only aesthetically but also with an ecological and productive perspective.

Eugenia Bolla Graduated in architecture with a special mention at the National University of Rosario (Argentina), she took her master’s degree with honours at Politecnico di Milano, presenting the thesis entitled “Tæsting Urban Landscapes - Food as a Tool to Rethink the City”. Particularly interested in the academic world, she became teaching assistant at the FAPyD and she took part of the scientific coordination and organisation team of Terra Viva Workshops directed by Richard Ingersoll and Elisa C. Cattaneo. She collaborated at the office of Nicolas Campodonico and worked for Duncan Lewis - Scape Architecture.

Stefano Lardera Teaching assistant at Politecnico di Milano, he graduated with honours in Architecture in April 2016 presenting the thesis entitled “Tæsting Urban Landscapes - Food as a Tool to Rethink the City”. Together with Richard Ingersoll and Elisa C. Cattaneo, he took part of the scientific coordination and organisation team of Terra Viva Workshops, a series of courses supported by Politecnico di Milano devoted to address the relationship between food, agriculture and architecture. He has been recently working in the United Arab Emirates, developing innovative residential projects in Masdar City.

Food as a tool to rethink the city