For designers with their head beyond the clouds 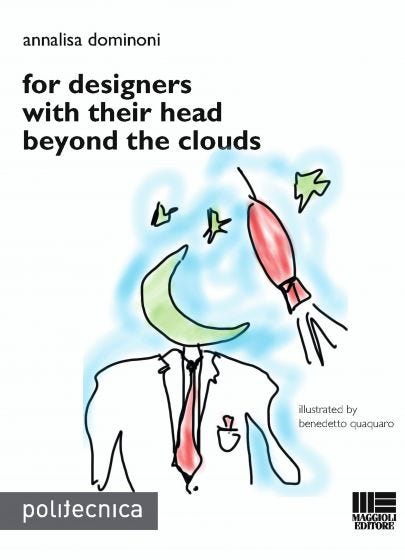 Designing for Space provides the chance to go beyond the rules, as the designer’s expe­rimentation breaks free from conventional reference points to take on new points of view.
The ability to envisage how to live and move around confined spaces and in micro­gravity conditions - with no environmental input, privacy, possibility of using water to get washed and with objects which, after being set in place, begin to float around, not to mention both the physical and percep­tual alterations the body is subjected to - is a useful exercise in learning how to think “outside the box” and break free from the kind of constraints, which, as time passes by, diminish a designer’s creative potential and prevent them from seeing the world/box in which they are emerged in a new way.
Designing for Space is not so very different from designing for the Earth, provided our eyes do not lose their curiosity and we are open-minded enough to call surrounding reality into question.

This book offers food for thought for designers who are concerned about the people who use certain objects and about the effects their own stylistic language will have on people.

Annalisa Dominoni is the co-founder of (a+b)dominoni, quaquaro design studio and professor in the Faculty of Design at Milan Polytechnic. She has carried out design work for Space agencies, creating objects that have been used by astronauts on board the International Space Station. She has also written numerous essays on Space Design and received lots of commendations and awards for her work, which has helped assert design’s role and purpose in the aerospace industry and in extreme environments.