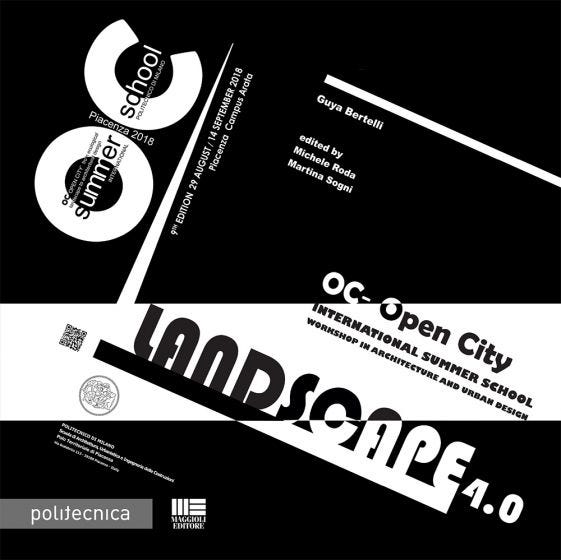 Every year since 2010 - between the end of August and the beginning of September - OC OPEN CITY International Summer School means a fantastic collective experience. Students (the main characters),professors, lecturers and tutors are involved in a great adventure where architecture and design build a common ground. This happened, with astonishing and surprising results, also in 2018.Landscape 4.0 - the title of OC 9th edition - sounds as a very promising direction. Landscape 4.0 is the landscape of sharing: sharing people, sharing ideas, sharing cultures, sharing experiences. This catalog book tries to do a not simple nor trivial action: to integrate and to condensate a such strong and dense experience in some pages. We hope to succeed communicating you the passion behind the event, the efforts behind the program. OC is possible thanks to the commitment and involvement of dozens of people and institutions, from the management of Polipiacenza Association to the employees of Piacenza Campus of Politecnico di Milano. The gratitude of the curators goes to those who made it possible by dedicating time and enthusiasm with the unique goal to build an experience. From the 2018 edition we’d like to stress the trip to Venezia, at Biennale di Architettura: OC left Piacenza and its Campus for one day, bringing its experience and its vitality in the core of architectural culture. And it was also a sort of test for 2019 when we’re celebrating the 10th anniversary of OC OPEN CITY International Summer School: it’s a special occasion we’re living in the best way, looking our history but also opening new perspectives towards the future.