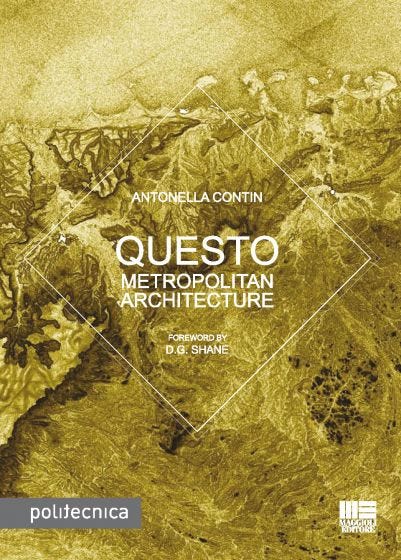 ANTONELLA CONTIN Architect Ph.D. is Assistant Professor in the School of Architecture and Society at the Polytechnic of Milan. She is the Group Coordinator of the Laboratory Measures and Scales of the Contemporary City at Department of Architecture and Urban Studies and she is member of the board of the PhD in Urban and Architectural Design. The Milan team MS [lab] (Measure and Scale of the Contemporary City Research Lab, DASTU Department) is still exploring the world opened up by Foucault’s heterotopias of illusion, a new world of networked multitudes, new collective associations and individualities, formal and informal, whose urban future is uncertain and multi-dimensional. She is scientific and full organizational responsible of international seminars. She gives lectures at many international universities. In particular her research deals with Metropolitan Architecture, new sustainable model of the urban growth, smart sensitive city, new technologies and urban design mapping.

Questo represents MS[Lab] research activity at the Milan School of Architecture: it tackles with almost all of the vast range of problems urban designers from all over the world face today, as they cope with the emerging form of the megacity/metacity (MVDVR 2000). Assuming Foucault’s 1968 concept of the heterotopia of illusion, Questo unpacks and questions important research themes in the field of urban design, opening the discussion to new perspectives rather than solving its thorny issues. The idea of a new collective intelligence at work still permeates the volume without a pre-set solution. According to Antonella Contin’s premises, Questo is an open question as well as a statement. The MS [lab] Milan-based team is investigating the world opened up by Foucault’s heterotopias of illusion, in the contemporary context of networked multitudes, new collective associations and individualities, formal and informal, whose urban future is uncertain and multi-dimensional.